A recipe of puzzles and personalisation with a dash of mystery 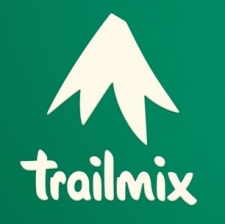 During testing the game boasted strong performance metrics and positive qualitative feedback, with Day 30 retention being above 20%.

“Long term retention is the most important metric for us here,” said Trailmix CEO Carolin Krenzer.

“We are tremendously proud of our team’s achievements.”

Co-founders Krenzer and Tristan Clark meet at King where they set up the studio that developed and operated the $1 billion hit game Farm Heroes Saga.

An early investor, Supercell has also invested further into Trailmix and is also providing capital for marketing the game; something it previous has done with Finnish developer Metacore to the tune of $180 million.

It's not been disclosed how much Supercell has invested in Trailmix or Love & Pies.

Based in London, Trailmix was founded in 2019 with the intention of developing games that have a positive impact on players.

With half of the wider leadership team being female, Trailmix has an emphasis on its inclusive culture, with "creating a space where people can indeed be the best version of themselves" being a top priority.