Will release its first game in 2022 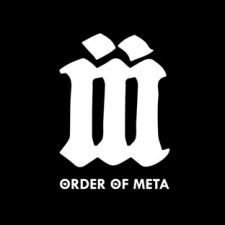 The company’s aim is to combine the familiarity of action games with new metagames.

Its first beta title is a shooter expected to release in 2022, reports GamesBeat.

The round has been led by Play Ventures, with investment also coming from David Helgason (Unity co-founder) among others.

Alexey Sazonov and Sergey Korzyakov lead Order of Meta as second-time founders, coming from Panzerdog, a studio they started in 2016.

There, they developed and published Tacticool, a top-down shooter downloaded more than 20 million times. The company was later acquired by Russia’s Mail.ru in 2019.

Alex Kuzin, chief technology officer from the World of Tanks PC engine team at Wargaming, is also joining forces with Order of Meta.

“After 4 years at Panzerdog, we needed and took a long break to recharge and get inspired. We reunited with Alexey Kuzin, started exchanging ideas and realised we shared the same vision,” Sazonov says.

The company has 15 employees and has a presence in both Helsinki, Finland and Kaliningrad, Russia – the former being the home of Sazonov and Korzyakov.

“Helsinki is undoubtedly the number one location for making games in Europe, and allows us to attract and hire world-class engineering and development talents,” Sazonov continues.

He adds that his inspiration is to bring the kinds of experiences seen on PC and console, like Warframe, Destiny and Eve Online, to mobile. Of course, Order of Meta will add a ‘bit of secret sauce’.

You can find out more about the company via its website.