Among Us saw sharp rise in downloads during the outage 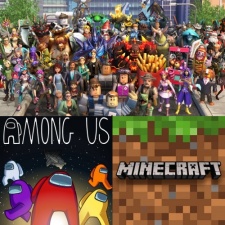 According to Sensor Tower, during the recent outage players flocked to other multiplayer mobile titles, such as Minecraft and Among Us.

The outage, which lasted between October 28th and October 31st, prevented players from being able to access the game or its website.

As a result, the average time user spent in the Roblox app decreased by 93 per cent week-over-week worldwide.

On October 29th, usage surged by approximately 12 per cent in Among Us compared to the day before.

On October 30th, Minecraft saw usage increase by 13 per cent in comparison with the previous day.

Despite the outage, Roblox only saw its average number of daily play sessions decrease by 33 per cent week-over-week, suggesting players were still hoping to access the game during the outage.

During the same period daily sessions on Minecraft and Among Us saw minimal growth in comparison with the previous week, despite increased usage times.

Among Us saw a surge in downloads during the Roblox outage, reaching a peak of 436,000 downloads on October 30th, up 44 per cent week-over-week and 19 per cent over the previous day.

This was the greatest number of installs the game accumulated since April 4th, 2021.

Prior to the outage, Roblox revealed that Chipotle will be the first restaurant brand to open inside the platform, as part of Chipotle’s 21st Boorito celebration.