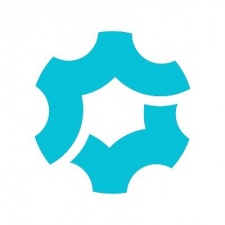 Cross-platform modding service Mod.io has raised $26 million following a Series A funding round.

Mod.io was launched in 2019 and has since been used by over 80 games, such as Deep Rock Galactic, Humankind and SnowRunner, to grow their creator communities.

Each month, over 20 million pieces of user-generated content are distributed across Mod.io to over 3 million users.

The recent funding brings Mod.io’s total capital raised to $31 million, following a seed round that raised $4 million last December, and a pre-seed round which raised $1 million in March 2020.

Made by players, for players

"The metaverse will be built with user-generated content as foundational components," said Mod.io co-founder and CEO Scott Reismanis.

"Player-made content, hand in hand with professional content, made by game studios. Our goal at mod.io is to enable games to launch their own creator economy, providing studios with the building blocks wanted and needed by players."

Throughout this year, Mod.io has experienced 300 per cent growth year-over-year, with over 177 million mods downloaded to date.

Recently, Roblox music game developer Splash raised $20 million following a Series A funding round to scale its service and improve upon its current offerings.