PGC Digital: How to make a top performing ad creative for any game 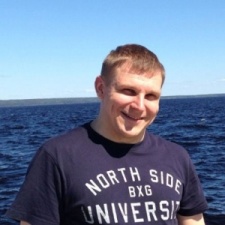 It carries out monthly market research with spy tools, searching for the latest mechanics being used to successfully advertise and then emulating these strategies themselves.

Looking at the activity of competitors is an important aspect as it can tell you what you may be missing.

Another important stage is monitoring test metrics of a creative, and it doesn’t need to be a top performer to offer valuable information.

Riabov suggested creating between 10 to 15 ad creatives and choosing two or three from those to base potential mechanics from.

The next step involves the same research as performed in the soft launch stage, but there is a consideration of what aspects did and didn’t work previously to then increase production.

Market analysis and generating unique mechanics can come in at this stage, with the goal being to find a positive creative that performs well enough to start scaling user acquisition.

According to Riabov, the most interesting and most challenging stage is the scale stage.

In this stage, snapshots of the top-performing creative videos are taken and the one that best demonstrates game mechanics, with bright colours and characters, is used as a base.

AdSide edits this best snapshot to create around 50 banners that change the screenshot in various ways, like a cartoonish version of the character, altering colours, and even changing the title. From this, a video is developed.

Riabov notes that testing a static is cheaper on Facebook than on Google and that scaling with a video is more effective than a static banner alone. Playable ads are also an option but require more involement in their development.

Riabov also advises that adding elements to gameplay in a trailer that aren’t in the actual game can be an effective way of getting more users to try out a game, but misleading players does lead to lower user retention.

Riabov concluded that cost per install is very important in hypercasual games, but is far less significant in other types of game.