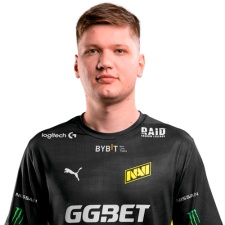 Plarium has revealed a partnership with Ukrainain esports team Navi to bring one of its team into Raid: Shadow Legends.

S1mple, or Oleksandr Kostyliev, has been added as a new playable Legendary Champion to Plarium's flagship title, Raid: Shadow Legends.

S1mple’s character, known as Aleksandr the Sharpshooter, is obtainable for free upon a player’s seventh day of gameplay in an event with a two-month window. S1mple had a heavy hand in the character’s design, a High Elf with one of the best sharpshooting skills in the game to reflect his esports reputation.

"It’s been an incredible experience seeing myself become a RAID: Shadow Legends champion, especially one that is built to symbolise my talents in CS:GO," said S1mple.

"I can’t wait for my fans to get a chance to add this character to their team and always hit their marks."

The crossover is part of a larger engagement between Raid and Navi that started in January 2021, at which time Raid became a sponsor of Navi’s jersey through the year’s competitive run.

"We are thrilled to have one of the greatest CS:GO players of all time become his own Legendary Champion in Raid shadow legends," said Plarium director of growth Sergey Bragilevskiy.

"We spent significant time with S1mple to determine how he envisions himself in the world of RAID and we cannot wait for fans to get a chance to add him to their roster."

Navi chief marketing officer Oleksandr Pavlenko added: "We are thrilled to see S1mple join the Raid: Shadow Legends universe, which is a unique collaboration that will bring the game closer to esports players.

"We are proud of S1mple and his immense success with our team. His Raid Champion, Aleksandr the Sharpshooter, will surely bring Raid players just as many victories as S1mple brings home in real life."

S1mple’s Champion will be playable in all game modes, including the single-player campaign.

In other crossover news, following the success of its The Walking Dead collaboration, State of Survival added The Joker to its roster of playable characters.

How Plarium made esports sponsorship history with Natus Vincere

Aviram Steinhart: We knew that RAID: Shadow Legends was going to be special