Acquires minority stakes in both studios 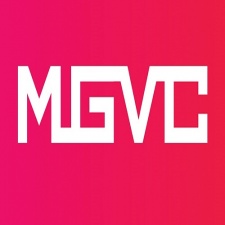 Square Triangle was founded in 2020 and has staff located across the world. One of the studio’s previous mobile titles, Bowling by Jason Belmonte, reached monthly revenues of $100,000.

Square Triangle is currently developing a casual PvP sports simulator that is scheduled to release next year.

Founded in Russia in 2016, Talerock’s portfolio includes RPG Grimshade on PC, along with several projects that involve creating in-game art for larger studios.

Presently, Talerock is developing a free-to-play hidden object game for mobile, with more details to be revealed next year.

Minority stakes in both studios

Through the investment, MGVC has acquired minority stakes in both studios, with the options to purchase control.

"When we look for partner-studios, the primary factors for us are the team’s experience, how original their idea is, and their business vision for the project.

"The teams at both studios were formed long ago and have several successful releases in their portfolios. I’m confident these partnerships will pave the way for many hit games."

To date, MGVC has invested in a total of 49 studios, with 12 studios being invested into this year, including Tworogue Games and Wideview Games.