New members join the board of directors 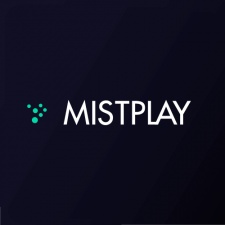 Montreal-based Mistplay has revealed that GrowthCurve Capital will become its majority shareholder after reaching a definitive agreement, though the terms of their transaction are currently undisclosed.

New members of the board of directors, in addition to those from GrowthCurve, include former LexisNexis CEO Andrew Prozes (now serving as Mistplay’s executive chairman) and former Voodoo president and COO Hubert Larenaudie.

Between its game discovery engine and loyalty program, Mistplay considers its 16 million users to be "high-value mobile gamers" and has a play-to-earn platform to reward them for playing. To date, the firm claims to have given players with over $19 million in rewards.

Mistplay will use the investment to further accelerate its AI strategy, scale its services to expand into new markets, and to support the launch of new business lines.

"The hyper-growth our team has been able to achieve in the last few years is a testament to our user-centric focus, strong partnerships with world-class gaming studios, and our deep expertise in machine learning," said Mistplay founder and CEO Henri-Charles Machalani.

"GrowthCurve is the ideal partner to support the next phase of the Company’s evolution, and their functional capabilities in AI and human capital, strong network, and expertise in scaling data-rich companies provide a strong foundation for our vision to be the best way to play mobile games for everyone, everywhere."

GrowthCurve vice president Simon Allan added: "Mistplay’s sophisticated platform and unique approach to game discovery and loyalty create a powerful network effect. We are excited to partner with this talented team to further unlock the value of the Company’s unique data assets and expand the platform’s capabilities."

Last week, gaming guild Bayz raised $4 million in a seed funding round led by Yield Guild Games, with the aim of bringing play-to-earn games to Brazil.