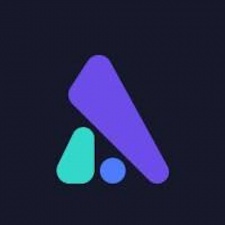 The funding round was led by free-to-play mobile games outfit Playtika and featured participation from existing investors including Stardom Ventures and AnD Ventures.

Edge will use the funding to expand its new 'Playables' format, which allows users to "select and create" gameplay moments and transform them into small clips, similar to the short-video features on TikTok and Instagram.

The Playables format will debut with Triple A games and will later expand into a wider range of titles across various platforms.

Furthermore, Edge will scale its team and ramp up the development process of the platform, which is currently in a closed beta stage.

"With 'Playables', game developers can focus on perfecting the graphics and physics of their games while players themselves will be empowered to determine how the games are played and interacted with on their own terms," said Edge Gaming co-founder and CEO Asaf Gazit.

"This round is a vote of confidence in that new vision for gaming and the value it brings to developers and gamers alike. We look forward to continuing on our mission to put gamers in the driver's seat."

Additionally, Edge has confirmed that the company will begin exploring blockchain integrations and ways to support NFTs and play-to-earn features on its platform.

Playtika CPO Raz Friedman added: "Edge 'Playables' format is the key to unlocking the full potential of social connection between gamers by offering countless new gameplay scenarios that further engages and enables gamers to enhance their skills. It’s going to change gaming as we know it, and we’re excited to support Edge with our vast expertise and knowledge in the gaming ecosystem, and through this investment gain a meaningful reach into the esports and creator economy worlds."

Last month, supported by a $15 million investment from Supercell, Frogmind revealed that it has rebranded as HypeHype, a new user-generated content platform optimised for touchscreens.