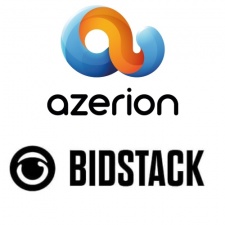 Through the partnership, Azerion will gain access to roughly 40 million users and 60 titles from independent, Triple A, and mobile publishers. The genre of games include racing, life simulation, stadium, and open world.

The partnership will allow Azerion to "extend" its in-game advertising reach at what it calls an "important, strategic moment".

The partnership extends worldwide and reaches key markets including the US, UK, France, Germany, and the Netherlands.

"We are delighted to strike this strategic partnership with Bidstack which strengthens our digital advertising platform," said Azerion co-founder and co-CEO Umut Akpinar.

"It will allow brands to explore new advertising frontiers in premium and brand-safe inventories while connecting seamlessly with consumers through impactful and immersive experiences.

"At Azerion, we believe that the future is digital entertainment. This new partnership is perfectly aligned with our vision for the upcoming years."

Earlier this week, Azerion revealed its intention to go public via a merger with SPAC firm EFIC1, which valued the company at approximately $1.5 billion.

Bidstack founder and CEO James Draper added: "This contract signals a realisation that brand advertising within the metaverse has truly arrived. Since our pivot into gaming in 2017, we have embedded a culture of no-shortcuts into the formation of in-game advertising as a new channel. We expect this to be just the start of a long and deep relationship with Azerion as both companies have strong ambitions within the digital entertainment and media space."

This year, Azerion has made a series of key acquisitions to expand its advertising capacity, including Swedish mobile ads firm Keymobile and French digital ads company Sublime.