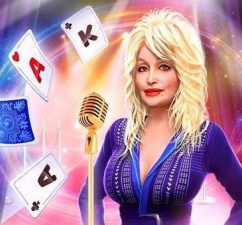 Launched in October 2020, Solitaire Cruise is a mobile card-based title in which players solve a range of solitaire puzzles whilst travelling the world onboard a cruise ship.

The partnership will see Parton making a guest appearance in Solitaire Cruise, welcoming players to the game and facilitating the tutorial.

Additionally, Parton will encourage players to engage in events and take part in a storyline to uncover why Dolly is on the cruise.

"We were thrilled to bring Dolly Parton – a global icon whose influence continues to be felt and recognised in the entertainment industry and beyond – on board Solitaire Cruise," said Belka Games senior marketing producer Tatyana Zvanskaya

"In the game, Dolly is full of surprises to keep players engaged and on their toes in a once in a lifetime cruise adventure."

The Queen of Country herself, Dolly Parton, added: "Who says playing games takes at least two people? Not me! My new appearance in the Solitaire Cruise game is a terrific way to test your skills at a classic game we all love."

In November, Belka Games launched its latest mobile title, Bermuda Adventures, which follows the Jones family as they explore and complete puzzles to reunite the family.