Will manage distribution and monetisation of titles 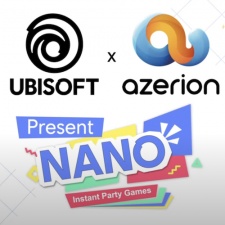 Azerion has revealed that it has expanded its partnership with Ubisoft to exclusively publish Ubisoft Nano games.

In 2021, Ubisoft Nano generated over 10 million players across its portfolio and expects to generate millions more via the partnership.

For example, Ubisoft Nano’s Hungry Shark Arena accumulated over five million plays since it was released via Azerion’s GameDistribution a few months ago, highlighting the reach of the platform.

Going forward, Azerion will manage the distribution and monetisation of the seven Ubisoft Nano titles via its platform over the next two years. This includes the entirety of the collection’s future season two and three line-up.

"This partnership is one of the most important strategic deals for the Azerion content distribution network in 2022," Azerion executive vice president of games and strategic partnerships Erol Erturk.

"We are proud to represent Ubisoft brands and bring them to the large casual audience through the Azerion distribution network from cross-platform gaming portals to subscription services and telcos."

Ubisoft Da Nang studio manager Aurelien Palasse added: "Ubisoft Nano has been designed to bring our world into new audiences and Azerion is the ideal partner to put our games in the hands of millions of new players consuming games on unconventional platforms such as web browser or telco subscription."

Furthermore, the new partnership coincides with the addition of three new games from Ubisoft subsidiary Ketchapp to the GameDistribution platform. The 10 new titles will be playable online across over 1,000 sites that subscribe to GameDistribution services.