Aimed at users with all levels of skill to create games 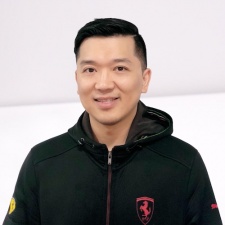 Founded in 2020, the Yahaha metaverse enables creators with various levels of experience to get involved in developing user-generated content with pre-existing Unity assets.

Players can utilise the platform to create and manage their own games as well as monetise exisiting ones, also allowing users to distribute their creations across other platforms.

With its "no-code" platform, Yahaha aims to attract inexperienced developers with the tools to allow them to build their own games. The firm plans to launch the platform some time in 2022.

In addition to its Finnish headquarters, Yahaha maintains an R&D office in China and a business development location in Korea. Ahead of the launch of the platform the firm has stated its intent to scale its team with a "number of new roles" across its operations.

Metaverse creation for all

"Achieving an investment of $50 million is incredibly exciting for us," said Yahaha Studios CEO Chris Zhu.

"Founded by a team of Unity veterans, Yahaha Studios has a key part to play in ushering in the next generation of entertainment as the metaverse continues to grow. Connecting users around the world through virtual entertainment, Yahaha offers a unique creative and social experience to game developers and gamers alike.

Zhu continued: "Through Yahaha we are empowering creators at all levels, from established developers to those making their first game - everyone can be a creator in our virtual world. We’re really looking forward to fully launching this year, growing our team and bringing the first stage of our vision for the future of content creation to life."

Recently, metaverse platform Rec Room raised $145 million from a funding round which valued the company at $3.5 billion.