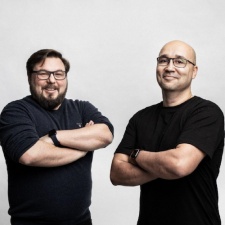 Finnish games studio Social First has publicly revealed itself for the first time following its foundation in late 2021.

The current team is formed of industry professionals that possess over 100 years of collective industry experience and have shipped a range of titles. The majority of the team have previously worked together at games studios, including Ubisoft, Kukouri, and Paradox Interactive.

To back its vision, Social First has secured a pre-seed investment backing of $2.5 million from games VC firm Play Ventures and an angel investor syndicate led by Play Ventures partner Joakim Achrén.

"Social gaming is growing rapidly and our team is very experienced in creating social cross-platform games with strong communities that enable people all over the world to form friendships that can last a lifetime," said Social First co-founder Kim Soares.

"Combining that into games that are designed to be played for a decade or more, and taking into account other new and emerging technological possibilities, we saw an opportunity to ride a perfect storm and really make a huge impact in the games industry."

In the next few years, Social First has plans to rapidly expand and distribute titles that create "lasting and meaningful" social experiences.

Play Ventures founding partner Harri Manninen added: "We’re thrilled to be backing Kim and Mikko and their impressive team. The social games market has grown massively in recent years, with people finding more meaningful connections globally through engaging social gameplay. Social First are approaching this opportunity with decades of know-how and the proven ability to scale cross-platform social MMOs. We believe that Social First will play a major role in defining the next big trend in gaming."

Social First will be attending the upcoming Pocket Gamer Connects London, where both Soares and Kähärä have previously been guest speakers, on February 14–15. You can get tickets to the event here.