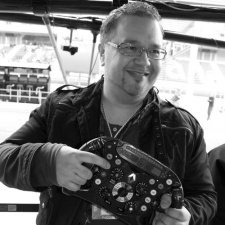 The game, Apex Kings NFT Racing, is a car collecting and racing game that will see players collect "authentic cars from real manufacturers".

Each limited set of NFT cars released will be equivalent to the amount of cars produced in the real world, which Supremacy Games hopes will give players a "connection" to the real world and reward car-related knowledge.

Founded in 2020, Helsinki-based Supremacy Games has previously released two titles, Jane Austen’s Merge Romance and Race Team Rivals. The studio currently has a collection of over 2,500 NFTs available on OpenSea for Race Team Rivals, with the upcoming game to expand upon this direction.

Brands on the blockchain

"Our aim is to create the definitive play and earn racing game for the metaverse," said Supremacy Games CEO Jari Pauna.

"This is much more than your regular car game. Apex Kings NFT Racing players can purchase, race, and trade supercars, classic cars, rally cars, and all varieties of regular cars. This creates a meaningful incentive to grow the player’s garage with interesting cars."

The studio has stated that it has already "secured the interest" of a number of worldwide car manufacturers and will release more details later this year.

Pauna continued: "Working with huge global brands is exciting and we can’t wait to announce all the titles we have in the pipeline. We aim to create games where the NFT functionality gives true value to the players and fits perfectly with the brands."

Earlier this week, Gismart launched its NFT collection BillionPeeps which will be featured in the firm’s upcoming blockchain game.