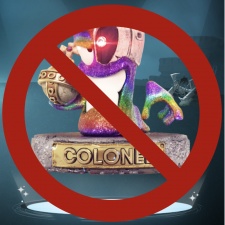 Update: Team17 has cancelled its MetaWorms NFT collection after the announcement drew heavy criticism from fans and partnered development studios.

Partners of the publisher, including developers Aggro Crab, Ghost Town Games, and Playtonic, each voiced their concerns online. Aggro Crab publicly condemned Team17's NFT collection on Twitter, whereas other studios clarified that their games would never include, or be involved with NFTs.

The indie games publisher released a statement citing the reason for the cancellation: "Team17 is today announcing an end to the MetaWorms NFT project. We have listened to our teamsters, development partners, and our games’ communities, and the concerns they’ve expressed, and have therefore taken the decision to step back from the NFT space."

Original Story: Team17 has revealed a partnership with Reality Gaming Group to launch an NFT collection based on its long-running Worms franchise.

The limited collection, named MetaWorms, will span the 26-year history of the Worms franchise and will be created and managed by Reality Gaming Group, via its Digital Asset Platform (DAT). Each NFT in the collection will be 'unique' and 'generative' and will be secured on the blockchain.

The firms have claimed that the collection will be both 'high quality' and 'low energy consuming', and that the creation of the NFTs will be environmentally friendly due to the lower energy consumption of the Reality Gaming Group platform.

Reality Gaming has stated that minting 100,000 NFTs on its platform would use the same energy as the average annual kettle usage of 11 households.

Additionally, Team17 and Reality Gaming Group have partnered with environmental sustainability platform Coin4Planet. A percentage of the sale from each NFT, as well as lifetime secondary sales, will go directly to ReFeed Farms, which is using worms as an "enhancer and bio converter" to fertilise and replenish soil in place of synthetic fertilisers.

"Worms remains an iconic franchise in global gaming with tens of millions of fans around the world, so we’re really excited and proud to announce our partnership with Reality Gaming Group ahead of the release of highly limited edition artwork NFTs later this year," said Team17 Digital head of publishing Harley Homewood.

"The ultra-low energy technology Reality Gaming Group uses, together with their carbon neutral servers, played an essential part of the reassurances we sought before our agreement; we’re very much looking forward to giving Worms fans a chance to own a piece of our history."

MetaWorms marks Team17's debut into the NFT space and if successful we may see some of the company's other IP, such as Overcooked or The Escapists, also making its way to the blockchain.

Reality Gaming Group co-founder Tony Pearce added: "I’ve been a fan of Worms for over two decades, so to partner with Team17 to create an amazing collection of MetaWorms NFTs is a dream come true. Team17 is a Britsoft hero developer and indie games label and Worms has an iconic place in the collective gamer consciousness, so we can’t wait to give fans digital collectible artwork from across the franchise. This partnership is a ringing endorsement of our DAT platform and further highlights the growing importance of NFTs within the games ecosystem."

More details about the number of NFTs available and launch date will be revealed soon. To learn more you can visit the MetaWorms site here.

Last week, Together Labs launched its blockchain subsidiary MetaJuice to bring NFTs and cryptocurrencies to the market, beginning with its IMVU metaverse.