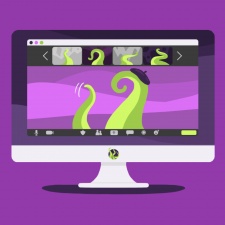 Payload Studios has today opened applications for its virtual 2022 Tentacle Zone Incubator, being brought through a partnership with indie game developer Exient.

Starting in April and lasting for four months, this will mark the second year of the free programme intended for early-stage developers currently working on their first game. During the first year of the programme, 12 developers were awarded places and the incubator itself won the TIGA Diversity Award, among others.

This time, applicants from the UK, Europe, Africa, Asia, and the Middle East are able to apply. Payload has also encouraged types of underrepresented groups include people from lower socioeconomic backgrounds, POC, LGBTQ+ individuals, and people with disabilities.

"Now we at Payload are in the happy position of being able to help new founders start their own journeys, it's incredibly rewarding to see their enthusiasm and commitment pay off, and to be able to contribute something towards the next generation of success stories," said Payload Studios co-founder and CEO Russell Clarke.

"The benefits of running this programme again in 2022 are clear - a more equitable, welcoming industry with more diverse games which represent everyone who plays games and wider society."

Mentoring and weekly sessions will be included in the four-month programme, featuring industry experts from Exient, Gamedev.world and more. Fellow Traveller head of production Des Gayle will be one of the hosts.

Content strands will include team building, development, marketing, and more, with participants to be matched with an industry mentor.

Exient CPO Julian Jones added: "We’re absolutely thrilled to be partnering with the Tentacle Zone Incubator. Our organisations share the same values when it comes to supporting both the next generation of talent and creating an environment in the video games industry where everyone can thrive."

You can apply for the Tentacle Zone Incubator here.