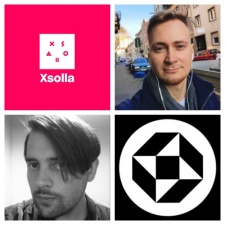 Over the past couple of years the commission that app marketplace operators take has been at the foreground of mobile games industry discussions.

This discussion was only amplified more following the legal dispute between Apple and Epic Games over the former’s removal of Fortnite from the App Store.

Luotio outlined that one of the key challenges that developers and publishers face with monetisation is platform dependency. Studios cannot fully own their customers and players when they must rely on an app marketplace to distribute their product.

Luotio advised that studios "take it outside of mobile" in order to gain a greater sense of freedom from app marketplaces. With a non-mobile based marketplace, studios can sell whatever they want wherever they want, regardless of the platform as it doesn’t matter which screen is being viewed to make the transactions.

For example, when publishers, such as Supercell, have their own ID this can allow players to purchase virtual goods that transcend multiple games and franchises all in one place.

"A mobile-only game means that the platform owns the players," said Luotio.

One method to take back control is to make free-to-play mobile games available through other platforms, such as PC or browser.

Another method to do this is through the creation of a VIP webshop or gold store that can be used to sell special bundles for an uncapped amount. Luotio explained that this allows high-spenders to get better deals at high price points and provides publishers with more revenue than they would make through app marketplaces.

A good way to direct users, especially higher-paying "whales", is through the use of interstitial ads. This can allow studios to advertise the presence of their VIP webshops and show tailored deals to players that offer a greater value than traditional purchases.

Other examples of ways to target users are community pages, emails, blogs, an in-game news feed, or push notifications.

Looking forward, Squire suggested that alternative app marketplaces, such as third party Android stores, have an interesting future ahead.

For example, publishers of big franchises could create their own app marketplaces that allows them to own customers directly, choose payment methods and more.

Squire went on to suggest that "current third party stores are more efficient than regional distribution" than the leading app marketplaces. This can in part be due to he fact that many emerging markets don’t have access to certain payment methods, such as Paypal, or access to a wider range of devices.

Due to necessity, consumers are directed to pay for in-game purchases through other methods, such as local banks, or even at ATMs, which Squire claimed is "way ahead of the Western world".

PG Connects London: Xsolla on the return to live events and supporting the mobile games industry