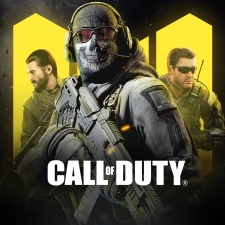 Call of Duty: Mobile has surpassed $1.5 billion in consumer spending on the App Store and Google Play since launching in October 2019.

According to Sensor Tower, last year was the best performing full year for the game since launch, and was up 45 per cent from the previous year.

This was in part due to the game being released in China in December 2020, with over $104.5 million in player spending on the Chinese App Store in 2021.

The US is the largest market for Call of Duty: Mobile and has generated $647 million in consumer spending since launch, representing approximately 43 per cent of the total. Japan is the second largest market for the shooter, followed by China in third place.

Sensor Tower noted that the shooter genre has continued to grow since the release of Call of Duty: mobile, with a year-over-year player spending increase of 50 per cent in 2020 to $5.7 billion, followed by a 10.5 per cent rise in 2021 to $6.3 billion.

Following the success of Call of Duty: Mobile, last August Activision Blizzard confirmed that a new Call of Duty mobile game is currently in development by a new studio. The firm later acquired mobile game developer Digital Legends to work towards this effort.