Will allow the studio to continue working on in-game systems, features, and more 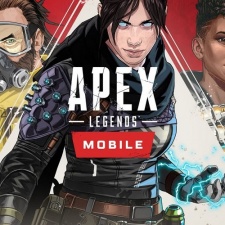 EA and subsidiary Respawn Entertainment have revealed that Apex Legends Mobile, a mobile version of its popular battle royale title, will begin a limited regional launch next week on the App Store and Google Play.

Apex Legends was first rumoured for mobile devices in May 2019, and was confirmed two months later. The game first entered soft launch on Android in India and the Philippines in April last year, when it was also confirmed that the game will not feature cross-play with the console and PC version of the title.

The limited launch will be available to players in Argentina, Australia, Columbia, Indonesia, Malaysia, Mexico, New Zealand, Peru, the Philippines, and Singapore.

EA has stated that the limited release will allow the studio to continue working on in-game systems, features, and more prior to its full global launch. As such, during the upcoming release, only 10 of the 20 available characters in Apex Legends will be available to play.

Earlier this month, EA released its Q3 2022 earnings which highlighted that its mobile revenues grew 78 per cent to $277 million following its largest quarter in company history. With the success of battle royale titles on mobile we are likely to see this figure rise further after the full release of Apex Legends Mobile.