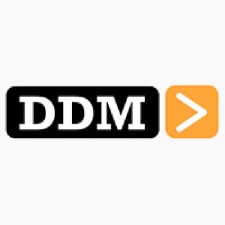 According to the firm’s recent report, the figure represents an increase of 191.7 per cent year-over-year, making it the biggest year for games industry investments ever.

Overall, the number of games industry investments increased 88.4 per cent year-over-year. Elsewhere, total games industry M&A increased by 232.7 per cent to $37.6 billion, whereas the volume of M&A jumped almost 48 per cent.

The firm also discussed investments and M&A activity during the final quarter of the year.

DDM claimed that there were 243 disclosed investments in Q4 2021 worth $3.9 billion, of which mobile investments accounted for 19 per cent of value and 23 per cent of overall deals. However, this was down 56.7 per cent from the previous year, which saw $9 billion across 151 investments.

The largest mobile games investment for the quarter was from Coin Master developer Moon Active, which raised $300 million at a $5 billion valuation.

For more detail on acronyms and initialisations used, PocketGamer.biz recently published the Mobile Games Industry Glossary, which will include and be updated with routinely-used terminology.