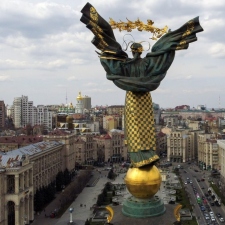 Tagging Xbox and PlayStation in a tweet on March 2, Fedorov said: "You are definitely aware of what is happening right now."

The tweet also contained an open letter, addressed to both game developers and esports platforms.

Fedorov also called for Riot Games, EA, Ubisoft, Wargaming and Gameloft to close their offices in Russia. In this tweet, he stated: "There’s no place for aggressor [sic] on the global technological map!"

Fedorov later tweeted at Google and Apple that the "complete blocking of the Apple Store and Google Play with all apps" in Russia "will end Putin’s regime".

The global games industry has expressed its suport of Ukraine during the Russian invasion. Comments and live updates from Ukrainian studios and links to support them and the Ukrainian Red Cross can be found through this link.