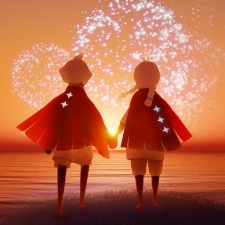 California-based games developer Thatgamecompany has received an investment of $160 million from private equity firm TPG and venture capital outfit Sequoia, both from the US.

Thatgamecompany has stated that it will use the funding to support services for its most recent mobile title, Sky: Children of the Light, as well as game development and the scaling of its team.

Sky: Children of the Light had surpassed over 100 million downloads since its launch on iOS in June 2019, followed by an Android launch in April 2020, with over 50 million downloads gained between October 2020 and June 2021. Furthermore, Sky launched on Nintendo Switch at the end of June 2021.

Reaching for the sky

In addition to the investment, Thatgamecompany has appointed Pixar co-founder Ed Catmull as its principal advisor on creative culture and strategic growth.

"Our mission is to elevate games as a legitimate form of art," said Thatgamecompany co-founder and CEO Jenova Chen.

"We want to see a game that emotionally appeals to people of all ages, identities and backgrounds within a single experience. Animated feature films have had genre-defining moments with Snow White and Toy Story, and we will continue working toward this moment in the gaming world."

According to games agency Digital Development Management, games industry investments reach almost $4 billion in Q4 2021, of which mobile games investments accounted for $741 million for the quarter.