Begins with Benji Pass NFT collection, can be swapped for ApeCoin 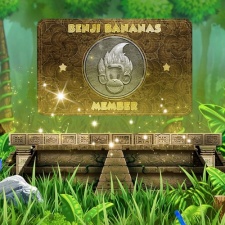 Animoca Brands has revealed that its mobile game, Benji Bananas, will be transitioning from free-to-play to play-to-earn.

Developed by Tribeflame and originally published by Fingersoft, Benji Bananas is a mobile action game first launched in 2013, and was followed by its sequel Benji Bananas Adventures the following year. Since launch, Benji Bananas has generated over 50 million downloads across the App Store and Google Play.

The game will make the transition from free-to-play through the adoption of ApeCoin, the recently launched primary token for the Bored Ape Yacht Club (BAYC) ecosystem.

The first phase of the transition is the sale of the 'Benji Bananas Membership Pass' (Benji Pass), an NFT that will allow players to collect tokens whilst playing the game. The tokens collected whilst playing can also be swapped for ApeCoin.

The Bored Ape Yacht Club is a collection of 10,000 Bored Ape NFTs created by Yuga Labs, and is one of the most widely recognisable NFT collections worldwide. Earlier this week, BAYC purchased one of the other leading NFT collections, CryptoPunks, taking its steps to centralise the so-called decentralised markets.

The first sale of the Benji Pass will consist of 5,000 passes and will launch later today at 9pm EST (UTC 01:00) on the game’s website. Passes will cost 25 ApeCoin tokens per pass with a max of five passes per transaction.

As well as NFT and blockchain projects, Animoca Brands has also invested in other play-to-earn ventures, recently leading a $10 million funding round for mobile esports and streaming platform Ignite Tournaments.