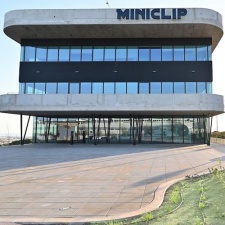 UK mobile games firm Miniclip has expanded its operations in Portugal with a new office in Lisbon to increase its presence in the country.

Located in the Taguspark technology park, the new office has the capacity to accommodate up to 350 employees. The firm has stated that the new location will rely 100 per cent on electricity from sustainable sources.

The new office is Miniclip’s fifth location worldwide, with other offices located in the UK, Switzerland, Italy, and the Netherlands.

Miniclip aims to "display investment in the local area" and is currently hiring both in-studio and remote positions for the new office.

"Miniclip has made significant investment in the games industry in Portugal since setting up its local operations in 2010 with almost doubling our workforce and these new studios demonstrate our continued growth and commitment to maintaining this investment in the region," said Miniclip COO Marius Manolache.

In November, Miniclip promoted its chief strategy officer, Saad Choudri, to CEO. In his former role Choudri oversaw the above-mentioned acquisitions and plans to continue the firm’s M&A strategy going forward, so more acquisitions are likely to occur later this year.