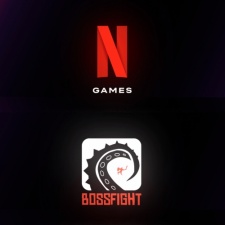 Netflix has revealed that it has acquired US-based free-to-play mobile developer Boss Fight Entertainment as it continues to ramp up its investment into mobile games.

Founded in 2013, Boss Fight Entertainment was co-founded by three former Zynga employees that focused primarily on CastleVille and is best known for its mobile RPG Boss Dungeon.

Following the acquisition, the studio will continue to operate independently across its three locations in Allen, Austin, and Seattle.

Netflix has stated that the acquisition will allow it to accelerate its capacity to provide Netflix subscribers with "great games wherever they want to play them".

"Boss Fight’s mission is to bring simple, beautiful, and fun game experiences to our players wherever they want to play," said Boss Fight Entertainment co-founders David Rippy, Bill Jackson, and Scott Winsett in a joint statement.

"Netflix’s commitment to offer ad-free games as part of members’ subscriptions enables game developers like us to focus on creating delightful game play without worrying about monetisation. We couldn’t be more excited to join Netflix at this early stage as we continue doing what we love to do while helping to shape the future of games on Netflix together."

Although the streaming service has stated that it is "still in the early days" with its approach to mobile games it is apparent that it is readying itself to be a strong competitor within the sector.

Earlier this week, Netflix added two more games to its roster, Shatter Remastered and This Is A True Story, with a third game to be added soon. You can check out the full list of Netflix games here.