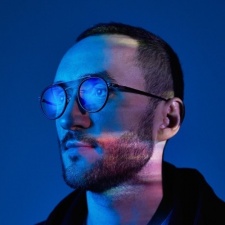 For the last three months of its financial year, Nexters reported revenues of $123 million, a rise of 65 per cent year-over-year and a record high for the company.

The firm also reported record bookings for the period of $144 million, which represents an increase of 20 per cent year-over-year. Mobile games accounted for 71 per cent of bookings, approximately $102 million, and an increase of one percentage point over the same period in 2020.

New highs across the board

For the full fiscal year, Nexters reported revenues of $434 million, a rise of 66 per cent year-over-year and another record high for the firm.

Bookings for the full year reached $562 million, an increase of 26 per cent year-over-year and a further company record. Mobile games accounted for 68 per cent of bookings for the year, a decrease of six percentage points from the previous year.

The largest three global markets for Nexters bookings are the US 31 per cent, followed by Asia at 25 per cent, and then Europe at 22 per cent.

Overall, Nexters stated that the majority of its growth on mobile was via iOS devices.

Earlier this year, Nexters invested $100 million into the acquisition of three mobile games companies, Cubic Games, RJ Games, and Royal Ark, with the aims of amplifying its midcore offerings.