"Women deserve games that are designed with their interests in mind." 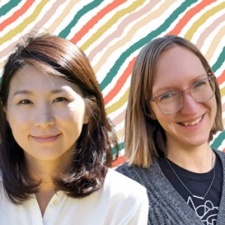 New York-based mobile games studio Superbloom has raised $3 million from a recent Seed Round to develop its first title.

The funding round was led by Bitkraft Ventures and featured participation from 1Up Ventures and Joakim Achrén Syndicate.

Superbloom was founded by Emily Yim and Ksusha Zito, who between them hadveheld various positions at EA, Glu Mobile, Zynga, Dots, and more. The studio was founded with the intent of developing casual lifestyle games which features "lifetyle content" that will tap into the "diverse interests of women".

Superbloom will use the funding for the development of its first title as well as scale its core team to include engineers and designers to support this effort. The studio is also planning to innovate its games with a creator economy and mirror real-life interactions through social connections.

Over the next 18 months, the company has plans to hire up to 12 more staff to push the development of their first title.

"Women deserve games that are designed with their interests in mind. Although the core demographic of lifestyle games are largely Millennial and Gen X women, the same demographic isn’t seen in the makeup of the studios," said Yim.

Bitkraft Ventures associate Faye Maidment added: "Lifestyle gaming, which has powered some massive exits, is experiencing an evolution which will be largely ushered in by introducing fresh and relevant gameplay to the largely underserved female audience. We are excited to support a dynamic female founder duo with deep genre knowledge and the triple threat of design, tech, and live ops expertise."

Indian mobile games firm Nazara reccently announced that across the next three years it will invest $2.5 million in Bitkraft Ventures with the aims of increasing its partnership, M&A, and co-investment opportunities.

In other funding news Gamefam has raised $25 million from a Series A funding round to develop and publish games on metaverse platforms.