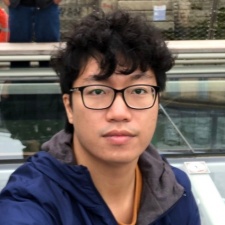 Axie Infinity developer Sky Mavis has raised $150 million from a recent funding round, bringing its total capital raised to date to $311 million.

The funding round was led by Binance and featured participation from Animoca Brands, Andreessen Horowitz (a16z), Dialectic, Paradigm, and Accel.

Following the recent theft of approximately $625 million worth of cryptocurrency from its Ronin network last month, Sky Mavis has revealed that the capital raised will be used to reimburse user funds that were lost. However, the firm has stated that if the lost funds are not recovered within two years the Axie DAO will "vote on next steps for the treasury".

Furthermore, Sky Mavis has stated that following the funding it will ensure that all users are able to "withdraw and deposit freely".

In addition to the funding, Sky Mavis has partnered with Binance to work together on projects that include "exclusive land sales", as well as allow Binance login via the Mavis Hub.

"With the support of Binance and other industry leaders, we will be able to quickly expand the validator set from five to 21 validators to ensure the security of the Ronin network."

Despite recent setbacks, Sky Mavis has geared up to launch its latest project, Axie Infinity: Origin, on April 7.

Binance CEO Changpeng Zhao added: "In order for the global ecosystem to continue thriving and maturing, it is imperative that we work together, especially when it comes to security, which is our strong suit.

"We strongly believe Sky Mavis will bring a lot of value and growth for the larger industry and we believe it’s necessary to support them as they work hard to resolve the recent incident."

Earlier this week, web and mobile games firm Kongregate made three executive appointments to spearhead its transition into blockchain games.