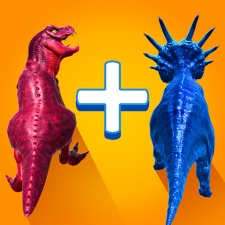 Homa Games' recently launched Merge Master - Dinosaur Fusion was the most downloaded hypercasual title for Q1 2022 with 51.4 million downloads, according to AppMagic.

The majority of downloads for the title game from India at 35 per cent, followed by Brazil and Indonesia, at 11 and 10 per cent respectively.

Of the top 10 most downloaded hypercasual games of the quarter five, including Merge Master - Dinosaur Fusion, were newcomers. Other newcomers included Find the Alien at almost 37 million downloads, Paper Fold at 32.2 million, Color Match at 29.3 million, and Money Rush at 26.4 million.

Find the Alien from Moonee Publishing was most popular in India which accounted for 16 per cent of downloads, followed by Indonesia at 14 per cent.

Paper Fold from Good Job Games found the majority of its success between the US and Indonesia, which accounted for 11 per cent and 10 per cent of its downloads, respectively.

The new and old

The majority of downloads for Color Match from Supersonic Studios came from the US, which accounted for 28 per cent of its downloads.

AppMagic noted that Color Match includes meta elements, such as renovation gameplay, to draw in players. A recent report from GameRefinery outlined that the growing trend of meta gameplay in the casual and hypercasual games space as a means to distinguish titles from competition.

The last newcomer, Money Rush from Rollic Games, rounded out the top 10 most downloaded games, with the lion’s share of its downloads from the US at 32 per cent.

According to Sensor Tower, Q1 2022 consumer spending on mobile games decreased 7.1 per cent to $21 billion, which may indicate that spending habits are returning to pre-pandemic levels.