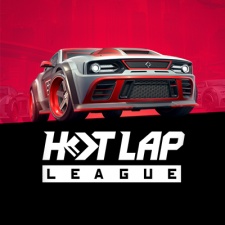 Based in Melbourne, Australia, Ultimate Studio was founded in 2018 by EA and IronMonkeys (later FireMonkeys) alumni Tony Lay and Mark Zaloumis. Lay was the managing director and co-founder of IronMonkeys and later went on to be VP General Manager after the firm was acquired by EA and merged with Firemint.

The first game from Ultimate Studio, Hot Lap League is a paid mobile title that offers player a "console quality" experience. Gameplay is built around attempting to beat the clock as players race on more than 150 tracks. There also are daily events, challenges to complete, customisation options and global leaderboards.

Supercell has made a number of moves to support external developers, such as Ultimate Studio, from offering hands-on support and finances to companies like Trailmix and Metacore, to a $14.6 million investment in HypeHype.

Supercell saw a 45.3 per cent increase in revenue during 2021 and, more recently, spoke with us about how Clash Quest strives to disrupt the match-three-dominated puzzle games genre.

In a recent talk at GDC, co-chief people officer at Supercell Lesley Mansford described the employee structure of Supercell as a little irregular.