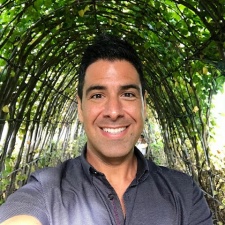 Narrative mobile games publisher Fusebox Games has announced that it has established a new studio based in Los Angeles.

The new studio, which is the firm’s second alongside flagship London location, will be led by new hire Michael Cinquemani who has stepped in to operate as chief content officer.

In addition to mobile games, Cinquemani has over 15 years of experience as a writer and producer for leading US television programmes.

A core goal to entertain

"Michael’s appointment is a core part of our commitment to our players to bring them even more exciting and engaging narrative-based games on mobile," said Fusebox founder and CEO Wil Stephens.

"With Michael’s support, we can build on and expand our relationships with TV studios in the UK and US to make this a reality."

At the new studio, Cinquemani will focus on the development of "dynamic interactive-fiction" content based on Fusebox IP, as well as scale the US team as part of the firm’s strategy to become a well established mobile games studio in LA.

Cinquemani added: "The creation of the Los Angeles studio is our next key step to becoming a leading developer of interactive fiction across the US and UK. Our core goal at Fusebox Games is to entertain, so I'll be looking for the best storytellers to grow both the narrative team in London and build the new team in LA from the vast talent pool available there.

Earlier this year, Fusebox revealed that the launch of Love Island The Game 2 was the studio’s most successful yet, with higher retention rates over one and a half times higher than the previous game launch.