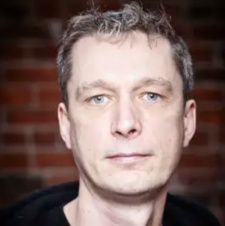 The game will be joining the service in May, although an exact date has yet to be confirmed. Also coming to the service in May is the recently announced Exploding Kittens - The Game, a mobile game based on the popular card game.

Similar to other games on the service, Dragon Up will be available to Netflix subscribers at no additional cost, and will not feature any ads or in-game purchases.

East Side Games Group game dev subsidiary, East Side Games, has a history of developing mobile games based on popular television series, such as The Office, Ru Paul's Drag Race, Trailer Park Boys, and more: a natural fit for Netflix as the streaming service looks to publishing more games based on its original IP.

"Netflix has revolutionised the way we consume television and movies, and we’re excited to be a part of their early entry into the mobile game space," said East Side Games Group CEO Jason Bailey.

"Dragon Up couldn’t have found a better home. We’re excited for Netflix members everywhere to enjoy the game and we’re looking forward to bringing exclusive content in future updates!"

Despite the circulation of rumours and scepticism about whether Netflix will enter the games space, the firm has been clearly committed to exploring this vertical. Last month alone the video streaming platform acquired two mobile games studios, Boss Fight Entertainment and Next Games, spending approximately $72 million on the latter.

At the time of writing, Netflix has a humble 17 games available to subscribers, with two more confirmed to be on the way next month. You can view the entire list of Netflix games here.