Supporting the launch of a game initiative 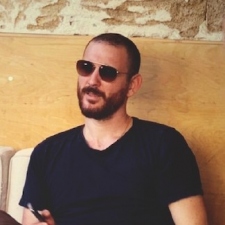 Supertreat, a Playtika subsidiary, has unveiled its plans to build its "SGH Forest" via Solitaire Grand Harvest’s environmental arm, SGH Eco, in a bid to restore forests devastated by Californian wildfires.

Supertreat is partnering with Tree-Nation to launch the initiative wherein more than 36,000 trees are expected to be planted in two phases. During the first, coinciding with Earth Day (April 22), players will contribute to the planting of a real-world forest in California as they grow crops in-game. The second phase will come later this year.

SGH community members will earn certificates for participating, in addition to updates about the planting process alongside photos.

"We are extremely excited to build our first ever real forest with our SGH community this Earth Day," said Solitaire Grand Harvest general manager Amir Coifman.

"Solitaire Grand Harvest is a great platform for players to get in touch with nature in a virtual setting, and we are pleased to now give them the opportunity to make a difference in the real-world as well."

Tree-Nation founder and CEO Maxime Renaudin commented: "Our platform is a technological solution to fight climate change, and we aim to prove that planting trees nowadays can be fun, exciting, and overall easy with our automated processes.

"And that's just the core of our mission: to make tree planting easy and reforest the world thanks to partners like Solitaire Grand Harvest that promote the action of planting trees within their game."

For Earth Day, we spoke with GamesForest.Club about how the games industry can bring positive change for the environment and also about their optimism surrounding blockchain gaming.