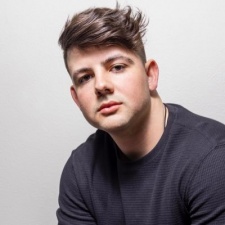 Steven Cravotta’s Wordle!, published on iOS on April 24 2022 and not Josh Wardle’s recent breakaway hit, has been acquired by AppLovin for an undisclosed amount.

As reported by TechCrunch, neither AppLovin nor Cravotta commented on the deal terms, however it was confirmed that AppLovin’s Lion Studios Plus is now managing the title.

Wordle! received a dramatic spike in interest following the now-New York Times owned browser game created by Josh Wardle – increasing from a handful of downloads a day to over 40,000. According to Sensor Tower, Wordle! has seen around 18.9 million downloads.

Cravotta told TechCrunch: “It just sat in my developer account for the longest time getting maybe one to two downloads a day for six years… until all this craziness happened.”

Josh Wardle – creator of yes, that Wordle – spoke at GDC 2022 about refusing to follow best practice for browser games, and the weight of Wordle’s popularity and the influx of mobile clones that influenced his decision to sell to the New York Times.