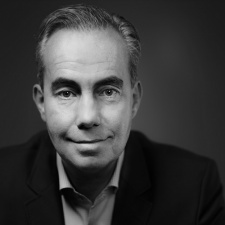 Sweden-based Stillfront has released its Q1 2022 interim report, stating a net revenue of 1.68 billion SEK ($172 million) during this period.

After Stillfront reported that 75 per cent of Q4 2021 generated revenue came from mobile operations, its mobile share has since risen to 78 per cent with titles such as Big Farm: Mobile Harvest proving popular. This was also a marginal increase over the same quarter in 2021, up from 77 per cent.

"Stillfront has had a strong start to 2022. In the first quarter, we grew our net revenues by 27 per cent," said Stillfront CEO Jörgen Larsson. "We continued to invest heavily in growth in the first quarter and our investments in new games generated significant results, with four own-developed new games added to the active portfolio."

Whilst organic development decreased by six per cent in Q1 2022, this was "in line with expectations" and titles from Jawaker and Moonfrog, studios acquired last year, showed strong growth in Q1 regardless. The Jordan-based Jawaker was acquired for $205 million last September.

Larsson added: "Looking ahead, Stillfront is in a good position to continue its growth trajectory during the rest of the year and onwards. We have a clear path to return to organic growth and we are focusing all our resources to continue to launch and scale new games and grow our existing portfolio under the coming year."

The firm made a $201 million acquisition of social mobile games publisher 6Waves in January, adding four more titles to its active portfolio and raising the total to nine for the first quarter.

Stillfront's success in mobile emulates that of Rovio's Q1 2022 performance and, more tellingly, Activision Blizzard, which sees King as the lone element barricading the firm from even worse declines.