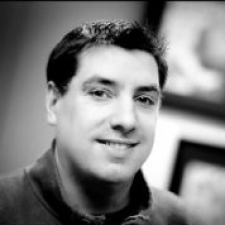 A new, Liverpool-based studio has been opened by Tencent Games, currently housing 12 members of the company’s global production team.

Tencent’s new English studio isn’t its only foray into business outside of China in recent times; the tech conglomerate invested in New Zealand-based MayDay earlier this year, which has since relaunched as RiffRaff Games.

"Given our continued expansion into the global market, we wanted a central location for our production staff to call home," said Smith.

"In-person mentoring is key to the growth of our department and its skillset, and we feel this is best achieved through regular on-site collaboration. Liverpool is a vibrant city full of creativity and diversity and has been a hub of game development since the start of the gaming industry."

The firm recently reported its full-year financial results for the period ending December 31 2021, with games operations generating $32.94 billion, an increase of 9.9 per cent year-over-year.

"We believe the production talent and industry experience available in the local area will accelerate our growth and capabilities," added Smith.

Whilst Tencent's international expansion continues, at the end of this month the firm will be shutting down a service allowing China-based gamers access to overseas platforms.