Title acquired for an undisclosed amount 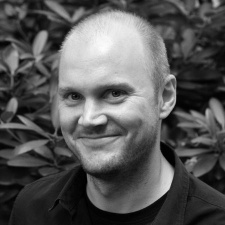 On the heels of receiving $76 million in funding, casual games platform FRVR has expanded its games portfolio with the acquisition of F2P first-person shooter game Krunker.io for an undisclosed amount.

Developed by the Swiss developer Sydney de Vries in 2018, Krunker.io has reached more than 200 million unique players since its release. With the acquisition, FRVR will work on speeding up the growth of Krunker.io’s performance in order to reach a wider global audience.

FRVR CEO Brian Meidell said of the title acquisition: “Krunker.io is an absolutely amazing game with a great community of players. The Krunker team has done an amazing job creating a world-class game, and we look forward to helping the team by putting FRVRs platform, team, and publishing machine behind it to take it to the next level. This is exactly the kind of partnership we built FRVR for.”

Krunker.io founder Sidney de Vries added: “We are super excited to join the FRVR family. They understand our vision for Krunker perfectly and we are on the same page about the endless potential ahead of us.”

As stated, FRVR recently raised $76 million from its latest funding round, led by Hiro Capital and featured participation from existing investors Accel and Makers Fund.