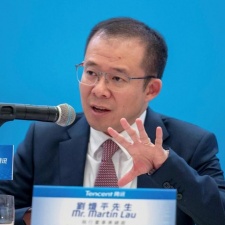 Tencent’s gaming business earnings fell around 20 per cent to 10.6 billion yuan, which the company attributed to disappointing revenue from titles including PUBG Mobile, despite signs of considerable success for Krafton, of which Tencent is Krafton’s second-largest shareholder, with 15.35 per cent.

Tencent attributed much of their decline to China’s regulatory crackdown on tech companies, including restrictions on duration of play for children. However, there are strong signs of a reversal of China’s strongarm tactics, including the recent decision to lift its games license freeze.

Although China has Martin Lau, president of Tencent, stated in an earnings call: “For this to translate to real impact on our business, there is going to be a time lag.

“It will take some time for the corrective measures to be turned into normalised regulation, and then the specific supportive measures will be introduced. We would be working closely with regulators in the hope of seeing this transition happen.”

Tencent’s games revenue slowdown was not mirrored in the firm’s performance in 2021, which increased 9.9 per cent to almost 220 billion yuan.