Following lawsuit from Match regarding payment systems and revenue share 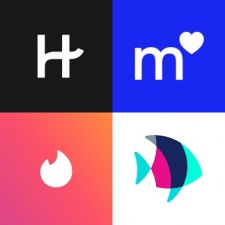 The Match Group announced that Google intends to enable third-party payment systems for its suite of dating apps.

This comes after legal action against Google earlier this month, following warnings that the dating app company could be removed from Google Play as Match’s refusal to share up to 30 per cent of its sales revenue.

Originally, Google claimed that it would disable further downloads of certain Match apps by the start of June if the dating company would not use Google’s payment system exclusively or share its revenue, leading to Match’s lawsuit.

Now, Google's concessions give Match the ability to offer different payment options to its users. This also follows South Korea approving a new law preventing app marketplace leaders, namely Apple and Google, from forcing developers to use their payment systems.

Google recently revealed the launch of its Google Play Partner Programme, wherein developers in "good standing" that generate over $5 million annually in consumer spending will be able to access an array of new features.

The Match Group has also made its criticisms known regarding Apple’s App Store and its payment policies, which itself has suffered controversy through the Apple vs Epic case. Tesla CEO Elon Musk has spoken out in favour of Epic Games, believing Apple's large cut of revenue is "completely unreasonable".

Google also has alerted developers that apps that do not adhere to certain new changes will not be discoverable or available to new users on Google Play.