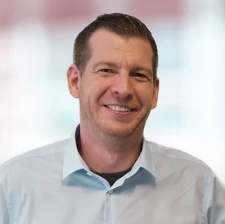 Gamigo has joined the Playing for the Planet Alliance, a joint United Nations project that numbers 43 members and associates in the gaming industry to minimise carbon emissions and integrate environmental activations in games.

Gamigo Group has pledged to decarbonise its platform, with a goal of being carbon neutral within 2022 and educate players about environmental sustainability. The company is also seeking to participate in the annual Green Game Jam organised by the Playing for the Planet Alliance.

Since its establishment, the Playing for the Planet Alliance has assisted its members in minimising their carbon footprint, with more than half pledging to achieve net-zero or carbon-negative emissions by 2030.

"We must acknowledge our responsibility for sustainability"

Jens Knauber, CEO at Gamigo Group commented: “As a company, we must acknowledge our responsibility for sustainability and integrate it into our actions. We are therefore very proud to be accepted as a member of the Playing for the Planet Alliance.”

“Gamigo and its parent company MGI have already had success working on sustainability projects in the past, and as a member, we can now share and exchange best practices with and learn from other game studios in the Playing of the Planet Alliance.”

In September 2021, Gamigo Group announced its partnership with Eden Reforestation Project and later revealed that it has planted over 110,000 trees as part of its continued partnership.

Playing for the Planet's Green Game Jam was also the joint-winner of Best Innovation at the 2022 Mobile Games Award.