Space Ape's Simon Hade speaks with PocketGamer.biz on how the new single became available to play through Beatstar two days ahead of global release 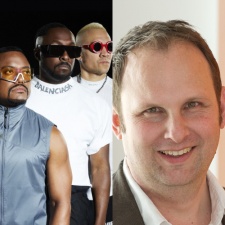 In a first for the games and music industry, the latest single by Black Eyed Peas, Shakira and David Guetta has been pre-released two days early in a mobile game.

The new single, "Don’t You Worry", can be heard in Space Ape Games’ rhythm game Beatstar exclusively for two days as of now – ahead of the song’s global release on 17 June.

Where artists have previously released songs on Beatstar in tandem with launches on streaming services – as in the case of Camila Cabello and Ed Sheeran’s "Bam Bam" and others – the collaborative single between Black Eyed Peas, Shakira and David Guetta is the first time globally recognised pop artists have debuted a song solely in a game.

Having launched worldwide in August 2021, Beatstar is less than a year old and has already been played by more than 30 million people, with some songs achieving over one million plays per day.

The developer and publisher Space Ape has been majority-owned by Supercell since 2017 and Beatstar has SupercellID integrated within it.

"Interest in Beatstar has exploded since we started featuring day and date releases of new songs from top artists in the game, and having the ability to play a song in Beatstar even before release on streaming is a game changer all around," said Space Ape co-founder and COO Simon Hade.

"The opportunity to work with Will and the Peas – and the team at Epic Records – is a dream come true."

Hade spoke with PocketGamer.biz about the new single’s premiere in Beatstar, including how rapidly the partnership manifested, and

Simon Hade: This exclusive with the Peas has been in the works for only a few weeks but we’ve been working with Epic Records and Sony Music on Beatstar for over five years – our relationship goes back to the very start of the project, to even before the time Beatstar was a rhythm game (originally the game was envisaged as a rhythm RPG!).

The team at Epic have always been really engaged and at the forefront of doing things that break new ground in gaming.

When it comes to new releases, things move incredibly fast and so this has only been possible because of the strong working relationship we have with the team at Epic, which means that when opportunities like this arise we’re poised to act on them.

Have there been previous pre-release exclusives from less established musicians on Beatstar?

This is the first pre-release, but what we are seeing more and more are artists wanting to release songs into Beatstar day and date with their streaming launches. A few examples include:

• "Bam Bam" by Camila Cabello x Ed Sheeran was released day and date in Beatstar and streaming and has been our biggest release of this type so far. We also did an activation around Psychofreak feat. Willow off Camila’s latest album, Familia.
• We did an activation around Chainsmokers’ recent album, So Far so Good, dropping the songs “Riptide” and "I Love You", the latter being a day and date release.
• Alok & Alan Walker "Headlights" (feat. KIDDO) was our first day and date release.

Beatstar players love discovering new music in the game and so these campaigns are a natural fit. So far, all of the campaigns have been around new songs from established artists, however a dream of the team is to break a new artist with our platform. We’d love to look back at a mega star artist in a year or two and be able to point to the moment their song surfaced in a Beatstar event as a pivotal moment in their career.

The music industry has been keen to engage with what we might define as the metaverse – Fortnite gigs, Roblox partnerships (and David Guetta himself has previously collaborated with Roblox) – but it is frequently at odds with more traditional games experiences and the industry at large. What does this mean for Beatstar, and what is Epic looking for from this arrangement?

In Beatstar, songs unlock randomly so players are constantly being exposed to new songs they might never have heard or that they have heard but not really paid attention to. We’re big fans of any games that seek to find ways of connecting people with artists but, in this sense, Beatstar is unique since music discovery and engagement is core to the experience, not a bolt-on.

Our music partners are simply looking for new and interesting ways of reaching new audiences, and for allowing existing fans to experience their music in a new way.

Is Space Ape in discussion with other agencies and creators on similar exclusives?

Actually I’ve just completed a gruelling North American tour – San Jose, Los Angeles, Nashville for the CMA Fest and New York – meeting with all the major labels to set up our campaigns for the rest of the year. With the numbers we’re seeing from engagement with the songs, and pre-saves of the albums from promotion in Beatstar, the music industry is realising that the game is a significant discovery platform, particularly because song plays are immersive 150-second experiences on average, with players engaging with each song through touch and sound; it’s not a passive experience.

So when you consider that a high-performing new song in Beatstar can achieve up to 1.1 million plays in a day, and how engaged a player is with the song during those plays, you can start to understand why we think you will see more and more artists releasing their songs in this way.

We can’t share details but we have a really exciting summer lineup already. With pandemic restrictions easing the music industry is back in a big way with tours, festivals and live events. It’s going to be a great year for new music and I’m really excited for Beatstar to be part of these big cultural moments for artists and our partners.

In a separate interview, we recently spoke with Hade about the uphill battle that is monetising music games and the arduous journey the title went through to become Space Ape's most successful game yet.