Almost a third of gaming app businesses may close due to new regulations, says Bango 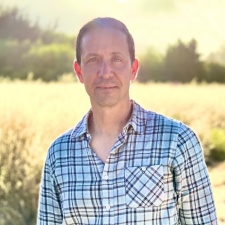 According to research from adtech company Bango, 31 per cent of games developers believe their businesses will cease to exist when new ad regulations and privacy changes come into effect.

This follows a survey of over 300 US and UK app developers and marketers, which identified Apple’s IDFA changes, the passing out of third-party cookies by Google, and mounting government regulations as escalating concerns, with 64 per cent of those surveyed stating that it has “never been more difficult” to acquire new paying users.

The hardship in drawing more players to mobile games has long been recognised, and although 61 per cent of developers surveyed stated that gaining new paying users the most important aspect of their job, as many as 73 per cent say that they’re struggling to target and reach them.

However, games were not the app category that respondants felt was the most greatly afflicted: education apps are reportedly being hit the hardest, with 71 per cent of those surveyed feeling the effects of these changes, followed closely by entertainment apps (69 per cent) and productivity apps (67 per cent).

Around 63 per cent of those surveyed are explicitly on the lookout for new, more privacy-friendly targeting techniques.

“It’s no surprise that the changing privacy landscape is impacting app developers and brands, but it is remarkable to discover the extent to which businesses are facing an existential threat. Many developers have built their entire user acquisition strategies around invasive data collection, which cannot survive this ‘App-ocalypse’,” said Brett Orlanski, SVP Bango Audiences.

Bango proposes the adoption of ‘Purchase Behavior Targeting’ to allow app marketers to promote their apps based on user purchases, without the need for cookies or IDFA tracking, and, as noted in a sponsored article, 61 per cent of those surveyed consider this method to be an effective user acquisition technique.

Brett Orlanski of Bango on the biggest challenges facing the gaming industry.