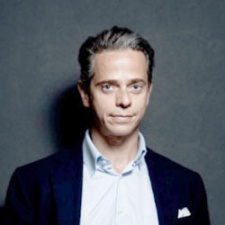 Japanese publisher Nexon is seeking to reach western audiences with a global expansion, following acquisition of a minority stake in AGBO for $400 million earlier this year, and the companies are now in conversation about numerous IPs crossing media formats.

Current talks are reported by Reuters to be in regards to MapleStory and Dungeon and Fighter adaptations specifically.

Whilst still in the early phases of talking, the publisher is also exploring with AGBO the potential of turning the latter’s movies in video games. A virtual world inspired by the anime Battle of the Planets – which is also being adapted into a new AGBO feature film – is among such discussions.

"The idea overall with that is to combine what we're really good at – making a virtual world last and grow forever – with what they're really good at," Nexon chief executive Owen Mahoney said to Reuters.

"I don't really care what happens in the first one or two quarters. What I care about is what happens from years two to 20."

Nexon’s live ops are cited as an aspect of the company’s experience that could be well-received by western audiences.

"Our vision, which aligns well with Nexon's, recognises that audiences have come to expect real immersion in the IP they care most about," AGBO CEO Jason Bergsman commented.

Nexon's financial results for the year ending December 31 2021 were down 6.1 per cent to approximately $2.4 billion with decreases mainly seen in China, North America and Europe.