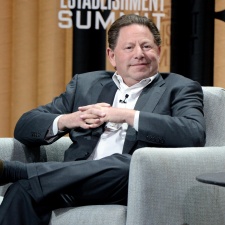 Activision Blizzard shareholders have voted to re-elect the firm’s 10 directors to the board at the company’s annual stockholder meeting on Tuesday, as reported by Gamesindustry.biz.

This comes despite the SOC Investment Group’s urge for the shareholders to vote against the re-election in the wake of harassment allegations, with several directors being accused of failing to address reports of sexual misconduct.

In July 2021, Blizzard staff in Irvine, California took part in a walkout to protest the company’s leadership. Activision Blizzard hit back against these claims, alleging that the SOC Investment Group had misrepresented its actions, highlighting several key hires such as a senior director of equal employment opportunity.

Despite voting to re-elect the current board of directors, shareholders did voice their displeasure by voting in favour of a report into Activision’s response to the allegations. However, an internal report published last week found that there was no evidence that the board had ignored the allegations.

Earlier this year, Activision Blizzard was sued by New York City following its acquisition by Microsoft, claiming that the acquisition undervalued the company and served as a means for CEO Bobby Kotick to escape liability for the harassment claims.