Niantic, Innersloth, Ubisoft and more speak out, while Activision Blizzard, Apple, Netflix, and others add financial support for affected employees 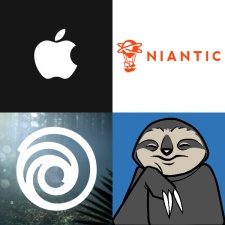 Following the controversial ruling by the US Supreme Court on Friday which ended the constitutional right to abortion access by reverting relevant laws to the state level, several games developers have voiced their support for abortion rights.

As a result of the ruling, several states, such as Missouri and Kentucky, have effectively banned abortion, with others working on illegalizing the procedure.

In response to the ruling, Niantic tweeted in support of the issue, stating “Niantic stands for reproductive rights and we will support our employees in accessing safe medical care. We’ve signed the Don’t Ban Equality letter, joining other companies in supporting this important issue.”

Among Us creator Innersloth also tweeted: “Innersloth supports reproductive choice and liberty. The ending of the constitutional right to abortion is a gender, racial, economic, and human rights disaster to both present and future generations.”

Justice Clarence Thomas, who voted in favour of the ruling, suggested that the Supreme Court could revisit other rulings, such as those guaranteeing the access to contraceptives and allowing same-sex relationships and same-sex marriage.

As detailed by Business Insider, several companies including Activision Blizzard, Apple, Disney, and Netflix, are going as far as assisting with the financial cost of affected employees.

“Earlier in June, we announced our expanded medical travel benefits to include coverage for US employees and their dependents who participate in our medical plans and live in areas where access to medical care, including reproductive health, gender-affirming treatment, transplant care, and any other medical care covered by our plans that is not available in a covered person's state, or within 100 miles of where they live," said an Activision Blizzard representative.

Earlier this month, Activision Blizzard decisively voted in favour of re-electing the board of directors. The SOC investment group had previously urged shareholders to vote against this motion in wake of allegations of harassment and sexual misconduct.