Miniclip is among UK mobile games firms, including Hutch and Fusebox Games, in supporting the Make-A-Wish-UK programme to to raise funds and grant 200 wishes to critically ill children 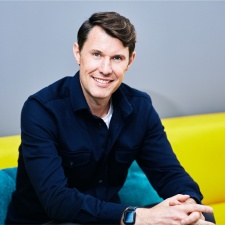 Miniclip has announced a collaboration with Make-A-Wish UK for Wish 200 Week, which aims to raise funds and grant 200 wishes to critically ill children.

In July 2021, the Wish 100 Week was launched with the help of Miniclip co-founder and president Rob Small, with developers, brands, fundraisers, and donors raising over £200,000 for the charity, which grants the wishes of seriously ill children throughout the UK. Following the success of the campaign, Wish 200 Week, which will take place from July 18-22, aims to double their success, raising £400,000 and granting the wishes of 200 children.

Make-A-Wish UK has a history of utilizing the games space for fundraising, in 2020 launching the fundraising programme GameStars. Also supporting the campaign are companies such as Hutch and Fusebox Games.

Make-A-Wish UK have seen a 400 per cent increase in gaming-related wishes since 2017, as more and more children find solace in gaming while undergoing treatment for critical conditions.

Rob Small, co-founder and president of Miniclip, first became a patron of Make-A-Wish UK in 2020. Miniclip had previously donated part of its advertising inventory to the charity in March of that year.

Small stated: "Last year the gaming community proved that it’s a force to be reckoned with, smashing all our expectations and raising well over £200,000. This year Make-A-Wish UK has an even bigger challenge, hoping to raise £400,000 to make 200 wishes come true, and I know the industry will get behind the Wish 200 Week campaign once again to help change the lives of more critically ill children, many of whom are gamers themselves.

“I am proud to be a Patron of Make-A-Wish backing this campaign. I’ve seen the incredible difference this charity makes and right now, we have a real opportunity to help them to grant more wishes that will impact the lives of so many kids and their families all over the UK.”