Some staff will reportedly transfer to Bytedance's games division, Nuverse 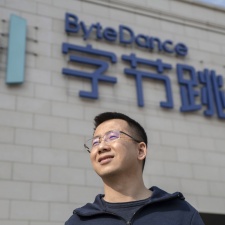 More than 100 hundred staff from the roughly 300 total have been let go as the studio has struggled to challenge the dominance of Tencent Holdings and NetEase in the mobile games space.

According to anonymous individuals, the remaining staff have been offered internal transfers, Bloomberg reports.

Nuverse, ByteDance’s games division, has been acquiring studios since its founding in 2019, including 101 Studio.

However, whilst 101 Studio was one of a handful of developers ByteDance has aimed to expand into gaming through, it is the first development unit that ByteDance has ever closed. The TikTok owner also laid off Ohayoo employees following a CCP gaming crackdown last year.

Some of the 101 Studio staff will transfer to the publishing arm at Nuverse according to an anonymous source, where they will join in working on existing titles. A VR title that was being developed by 101 Studio, meanwhile, is supposedly being considered for continued development by VR headset maker Pico, whom ByteDance acquired in 2021.

Tests were supposedly conducted in TikTok last month to allow users to play games within the app as part of a push to release games across southeast Asia. Its portfolio of mobile games has earned more than $1 billion worldwide over the past year.