Between 85-90 staff members affected by layoffs as numerous projects, including a Transformers title already in beta, are shuttered 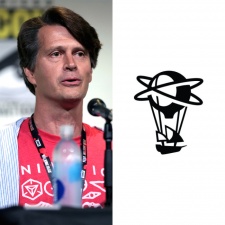 Bloomberg reports that Pokémon Go developer Niantic has let go of 85 to 90 people – representing around eight per cent of its global workforce – and shuttering four projects, citing a potential "economic storm".

Niantic is looking to create it's "the real-world metaverse”, although the cancellation of four upcoming projects: Hamlet, two projects called Blue Sky and Snowball, and Heavy Metal, a Transformers game which had already entered beta testing, may hamper its progress.

Hanke cites need to reduce costs ahead of "economic storm"

In an email to staff, CEO John Hanke stated that there was an “economic storm that may lie ahead” and cited the need to reduce costs to prepare for this as the reasoning behind the layoffs.

Niantic is best known for its AR games, such as Pokémon Go and Ingress, and is utilizing this expertise to build the Lightship AR Developer Kit, which aims to help others create their own AR games. Although initially offered for free, the Niantic have announced that developers will need to pay for the kit from January 2023.

Although Pokémon Go has crossed the $6 billion landmark in lifetime player spend, other games have yet to emulate its stratospheric successful. While the company’s most recent release, Pikmin Bloom, has been downloaded 5.6 million times and earned around $6.8 million since its release in October, according to Sensor Tower, Pokémon Go earned $500 million in its first two months of release.

Niantic recently became a founding member of the Metaverse Standards Forum. In January 2022, they shut down Harry Potter: Wizards Unite, which attempted to apply the same formula that turned Pokémon Go into a success to the Harry Potter universe.