This marks the first mobile title in the franchise 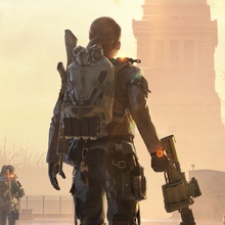 The title will be available for iOS and Android devices and marks the first mobile title in the series. It was first announced last year.

Tom Clancy's Elite Squad, however, was released for mobile devices in 2020, only to be taken off the market in 2021. Additionally Rainbow Six Mobile, another title under the Tom Clancy’s umbrella – games adapted from or inspired by the works of American author Tom Clancy – was announced in April 2022.

The rise of midcore games

The open-world shooter RPG includes a new storyline, solo and co-op modes, and PvE activities. The story will take place in contemporary New York during the crisis, which has been previously explored through earlier The Division titles, offering a unique perspective on key events.

The title is being developed and optimised for mobile platforms, with a focus on graphics and smooth gameplay.
This announcement continues a trend which has seen more and more AAA developers taking mobile platforms more seriously. The issue of gameplay has been cited as a large hurdle to overcome, as mobile developers have only recently been able to emulate the control and precision available on console or PC.

A GameRefinery report published yesterday showed that midcore games such as this are becoming increasingly popular, with nine of the top 200 highest-grossing games in the US at present being midcore titles.